Jakob Becker, 13 will now have his picture on the wall at Berry's Lanes following his perfect 300 game. 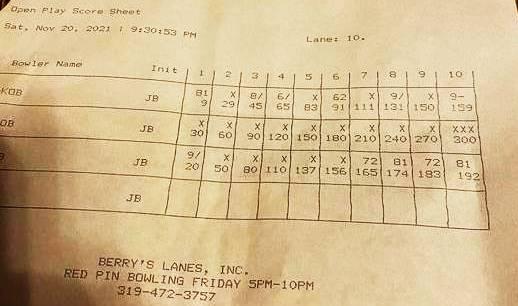 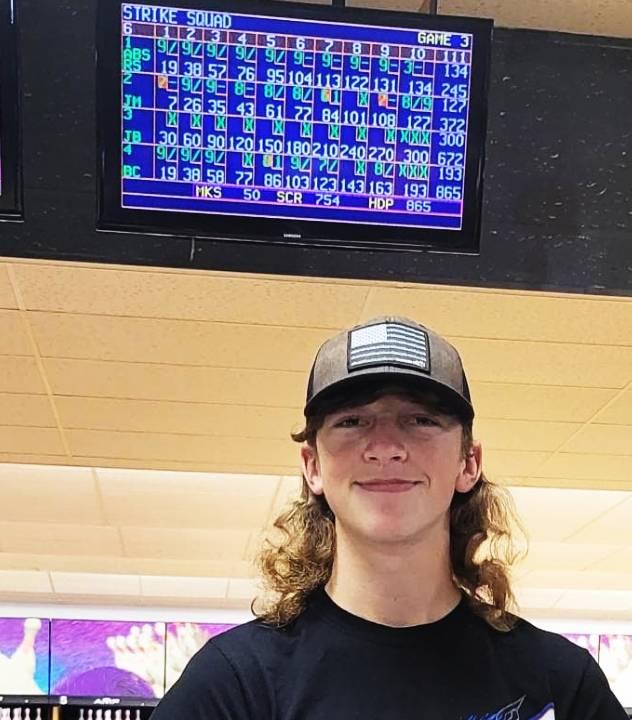 It all started when Jakob Becker was about four years old. His older sister Anna was in a bowling league and he had nothing to do on those Saturday mornings. Seeing the young Becker needed something to do, Steve Berry, would let him roll a ball down an empty lane while he waited.

Just about a year ago, on November 20, 2021, Becker who was only 13 had bowled 7 games that day during a tournament. That wasn't enough bowling for him. He wanted to go out to Berry's Lanes to practice some more.

His mom Angie said, "I dropped him off, came home, and then I got a text showing Jakob had bowled a real 300 game." Angie thought that he was just messing with her, so she called him and he told her that it was real. When she picked him up that night he said, "I told you so mom I knew I was feeling something good was going to happen that's why I wanted to practice!"

Unfortunately, that game didn't count for any official recognition.

Fast forward not even a year later to October 29, 2022. Still only 13, Becker bowled a 300 game during the Youth Bowling League. Just a few days shy of his 14th birthday on November 7th. This time the game will be recognized and sanctioned making it official because it was during one of his games in the league. He will also receive a 300 ring to mark his achievement.
Jakob's next goal is to achieve a 700 series. He's already passed the 600 series by scoring 214, 142, and the official 300 game to bring his series to 656.
You will soon be able to see Jakob's picture on the wall at Berry's Lanes. He is the youngest to have reached a 300 game at the local bowling alley.
You can watch Jakob bowl the last three strikes of his perfect game HERE. Video courtesy of Laurie Werning.