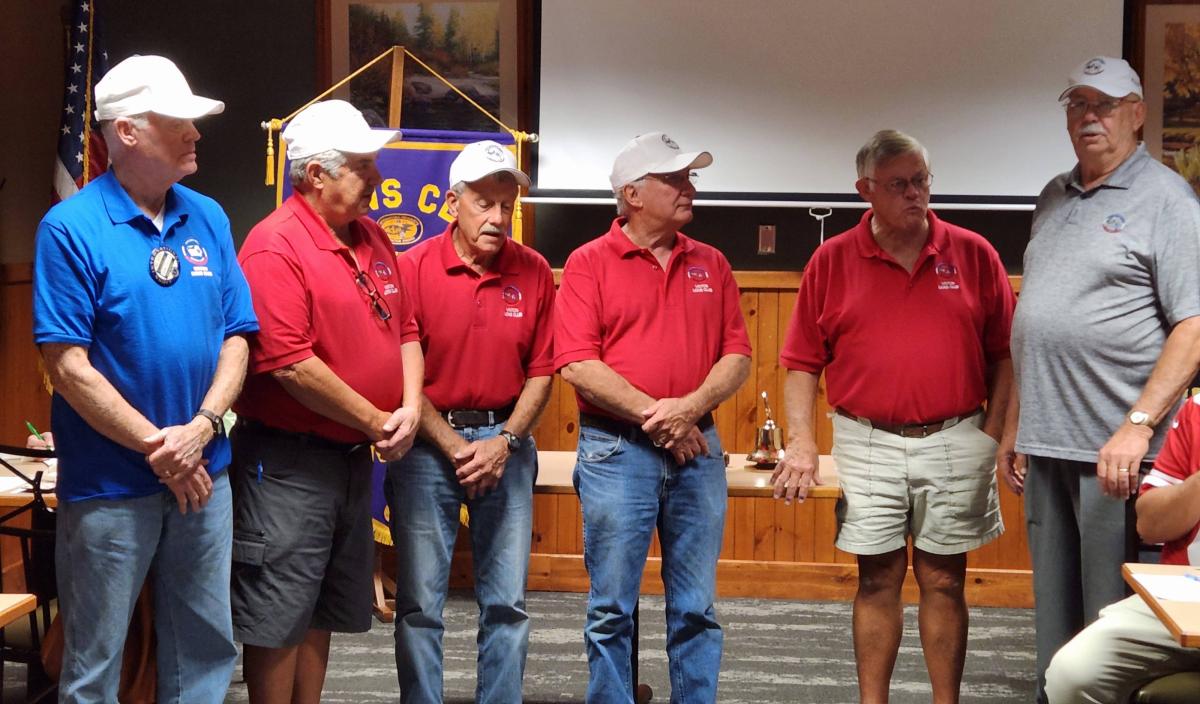 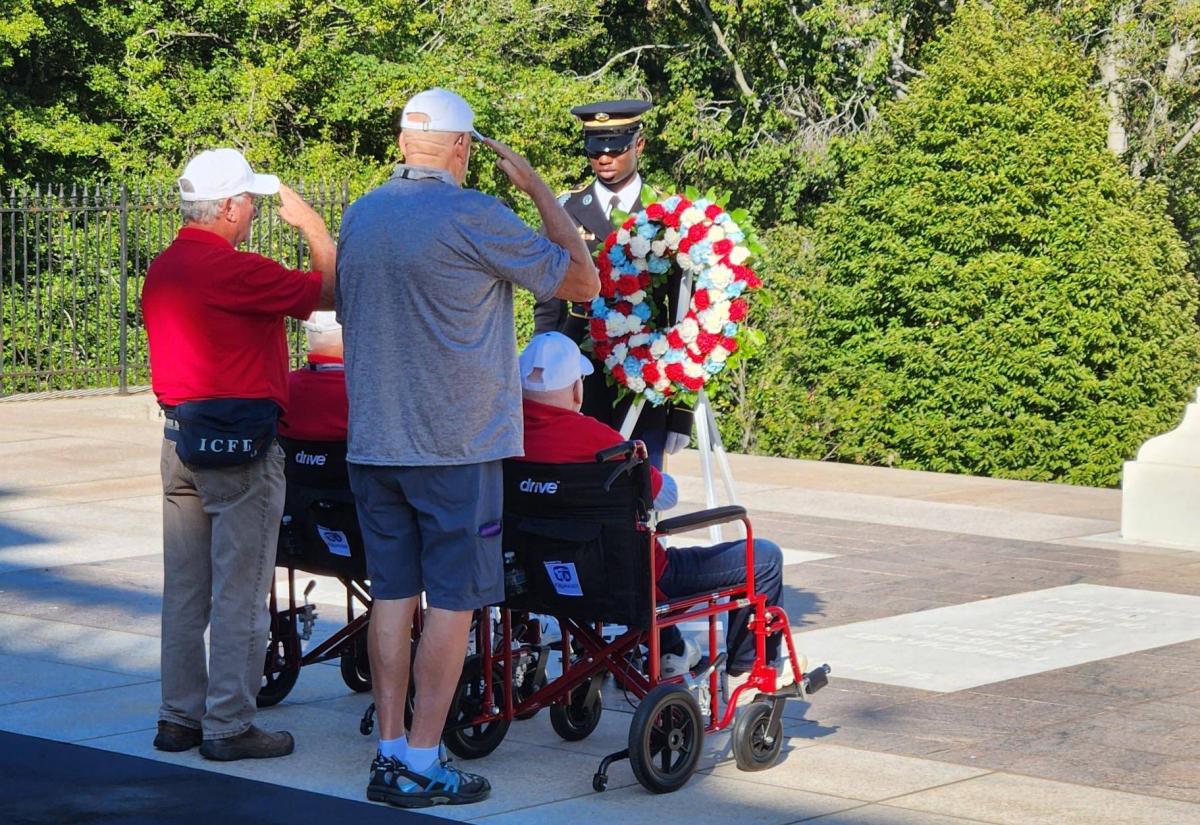 Each shirt issued by EIHF had the Vinton Lions Club name under EIHF logo. What a privilege to be part of this organization and to be honored at the tomb of the unknown by allowing me to escort a 100-year-old WWII veteran to lay a wreath. It is so humbling to remember those who have given so much to all of us.

All veterans are encouraged to apply. Priority is given to WW2 Veterans, Korean War Veterans, and Veterans with catastrophic illnesses followed by Vietnam Veterans and Veterans from other conflicts. Even if you did not serve in combat you are still eligible to apply. Our mission is to take every veteran who applies. Due to a large waiting list please apply only once, your applications are kept on file.

Visit the website at eihonorflight.org to apply or see pictures of flights.