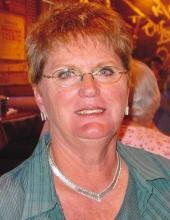 Eudeana (Deana) Rae Larson, 73, of Sheffield, passed away on Monday, November 14, 2022 at the IOOF Home in Mason City. A private ceremony will be held at the family farm near Brandon at a later date. Funeral arrangements are under the guidance of the Sietsema-Atkinson Funeral Home in Hampton.

Deana attended school in Brandon, Iowa and graduated from high school at Vinton, Iowa and Marshalltown School of Nursing. Deana was in the nursing profession until retirement in 2015 as Director of Nursing at IOOF Home in Mason City Iowa. After retirement, Deana taught nursing courses at North Iowa Area Community College. Throughout her life, Deana was active in the Salvation Army as a bell ringer for 17 years and was president of the White Shrine Lodge in Mason City for 3 years. Deana was a believer of Christ and loved the Lord. She was actively involved in church and served on church boards. Deana enjoyed her time with her children and grandchildren, sporting events, reading, traveling, fishing and going to her winter home in Mission Texas where she was involved with golfing, bike riding, her local community center and Bible studies.

Deana was preceded in death by her parents Tracy and Dorothy McKinley, two brothers Gary and Tracy McKinley.

Next Obituaries Article
Roger A. Wenner