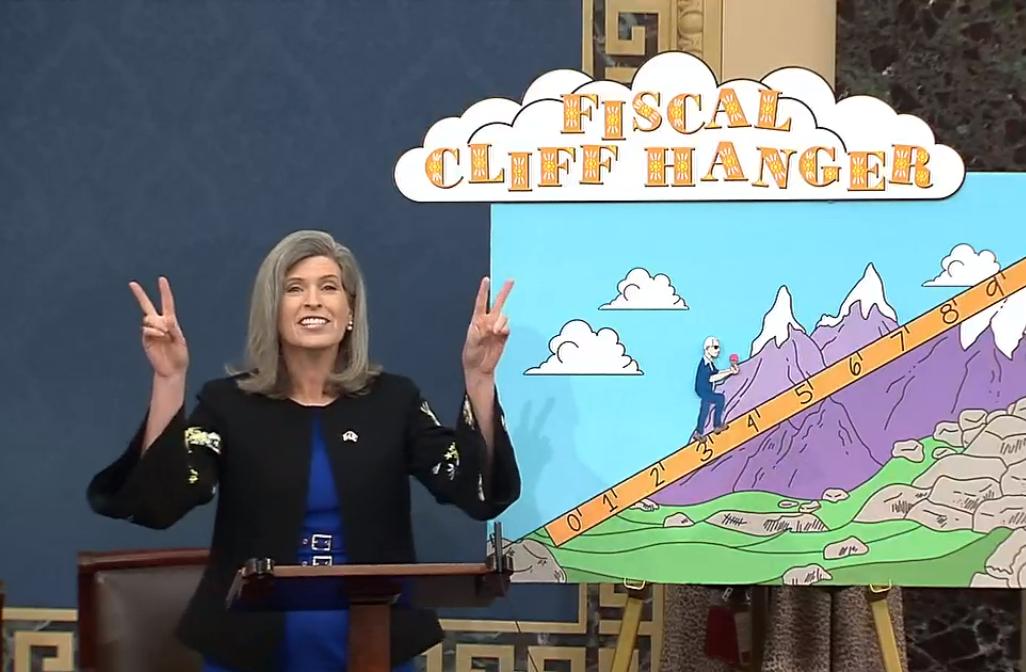 Just mention anything "politics" and I'm in. I get tons of updates from our elected officials that are supposed to impress me the reader. Most of the time I read it and say, "yada, yada, yada." Under my breath I probably make some snarky remark about what they said.

This time Joni Ernst actually earned an eye roll. Her news release read, "For all fans of the gameshowThe Price is Right, you are going to want to set aside some timethis afternoonto watch Senator Joni Ernst's speech on the Senate floor

At approximately12:50pm CT, Ernst will be using a classic Price is Right game - the famousMountain Climber- to illustrate a phenomenon Iowans unfortunately are all too familiar with under the Biden administration: prices climbing higher and higher under inflation!

You might remember nearlyONE YEAR AGOSenator Ernst used The Price is Right theme to warn Americans about how "The Price is UP" under President Biden's policies. Unfortunately, she turned out to be right - with inflation increasing atnearly 10%over the last year

It's going to be a realcliffhanger!"

If only our politicians actually WORKED for us. If they all would put their heads together and quit acting like they are TV stars, and that goes for the cast of The Liz Cheney Show.

Silly me. I forgot. Money doesn't matter in Washington D.C. Even when they make speeches about it.

But hey. Iowans are keeping that "corny" label going, thanks Joni. Then again, maybe all of our senators resort to these tactics to entertain each other. Maybe we should invest in tiny TVs for their desks so that they understand other people have real jobs that entertain for a living...from Hollywood.

But what do I know? I'm just a taxpayer, trying to keep our country afloat by sending in my quarterly check. Can I be the Tax Waste Czar? I have a plan. The office could be funded by fining elected officials for spending OUR money on things like TV shows, game shows and probably most anything they do in their line of "work." Every time the TWC finds waste, the elected official must pay it back to the TWC office which would then operate on a teeny tiny percentage, like 1% of the funds. The funds, would go directly toward our national debt.

Hey, I can dream. In the meantime, I'll enjoy some sweetcorn and tune into the Joni Ernst Show...

Next Opinion Article
Letter to the Editor: Has the question of where are we headed been answered?

Previous Opinion Article
Letter to the Editor: Better Together Animal Rescue Supports Doing Away with BSL