SAGE HOLMES, VT SPORTSWRITER - September 7th, 2021 4:49 pm
Vikings defeat Oelwein 7-0OELWEIN - The Vinton-Shellsburg Viking varsity football team (1-1) took on the Oelwein Huskies (0-2) at Oelwein High School in Oelwein on Sept. 3 and defeated the Huskies 7-0.The lone touchdown came from Viking running back Benett Rickels in the second quarter and the lead stood for the rest of the football game and the Viking defense stood up after that and bookended the win.

SAGE HOLMES, VT SPORTSWRITER - September 7th, 2021 4:48 pm
Vikettes 3-2 at Vikette InvitationalVINTON - The Vinton-Shellsburg Vikette varsity volleyball team hosted the Vikette Invitational on Sept. 4 in Garrison Fieldhouse and faced the Iowa Valley Tigers in their first match of the day and defeated them 2-0 (21-13, 21-9). The Vikettes then faced the Belle Plaine Plainsmen and defeated them 2-0 (21-9, 21-17).

Vikings fall to CPU in a 6-0 heartbreaker 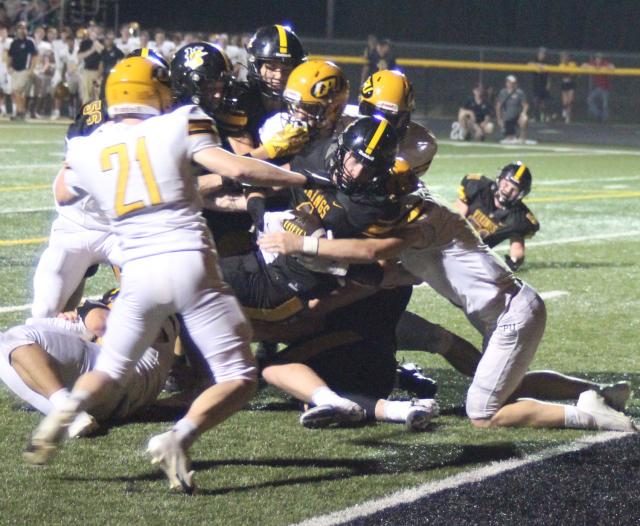 VINTON - The Vinton-Shellsburg Viking football team (0-1) took on the Center Point-Urbana Stormin' Pointers (1-0) at the Karr Athletic Complex on Aug. 27 and were defeated 6-0, although the game was scoreless at the halftime break. CPU scored their lone TD of the game with 7:29 to go in the third quarter, [st] up on a missed holding call. The Vikings marched the length of the field in the unsuing drive, but Curtis Erickson was stopped twice at the one-foot line and V-S gave up the ball on downs.

VSU SWIM TEAM - August 28th, 2021 12:37 am
Justyce Dominick won the 50 and 500 Freestyle, Lauren Moore won the 100 Backstroke (just .12 seconds off her season best time from last year - a great way to start a season), and Lexi Goodell won the 100 Breaststroke. Carleigh Wilson, Tori Elwick and Olivia Schminke all posted good times in their individual events as well.See the complete results b 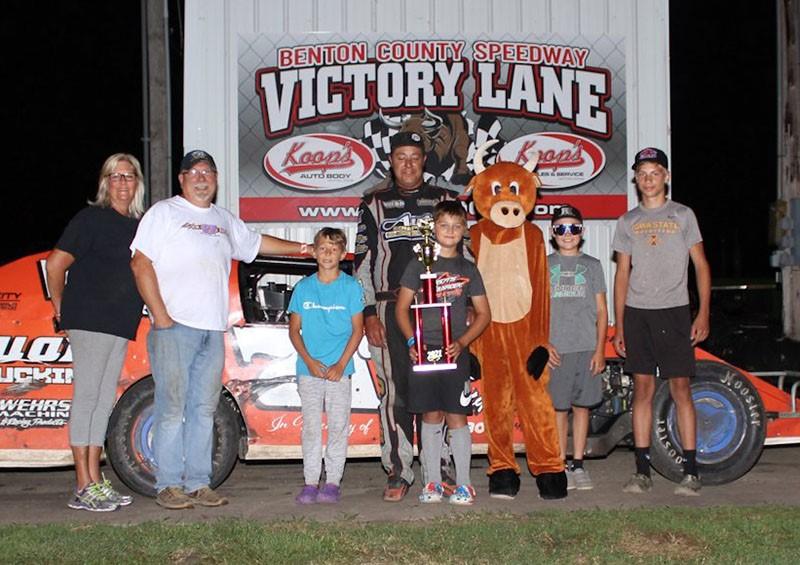 A number of close points battles were finally [st]tled as champions were crowned on the final night of racing for the 2021 season at Benton County Speedway.Troy Cordes and Cristian Grady made the most of the finale by locking up track titles with season championship feature wins on the fast, smooth, multi-grooved, quarter-mile Bullring.Features were lined straight-up based on season point totals, allowing those in contention for track titles to [st]tle things from the front row. 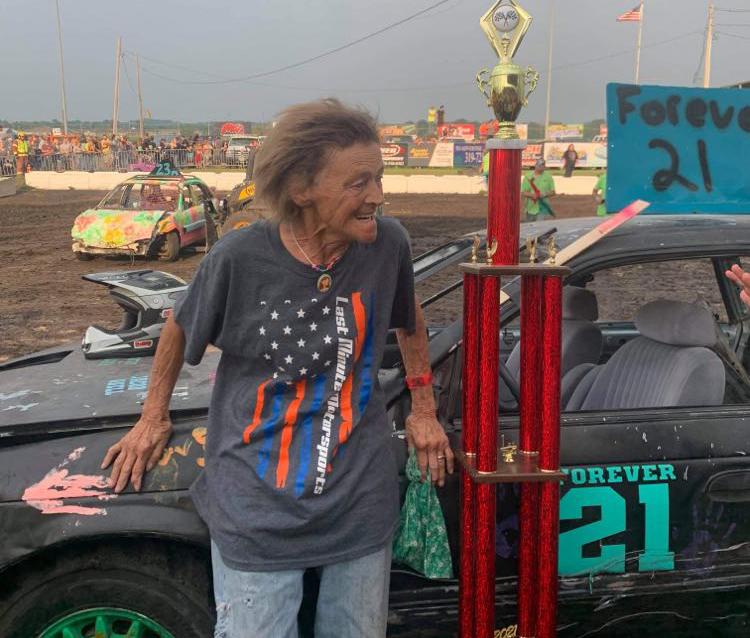 By Macy StoutMary Umbarger is 74 years old from Keystone Iowa. She was a nurse back in the day and would travel with her husband when he was in the Vietnam war. After the war, they came back home and did all of the activities that the couple enjoyed doing together and was living life. Mary and her husband Tom use to participate in the demolition derby way back in the day (the late 60s) and then stopped because they started a family.

Points battles remained tight Sunday night at Benton County Speedway. With the season championship program coming up next Sunday, drivers positioned themselves for a title run in the final event leading up to the season finale.In the KISS Country 96.5 IMCA Modified division, a first-time winner had to hold off a hard-charging title contender in that feature.
View Page
1234567891011
advertiser content