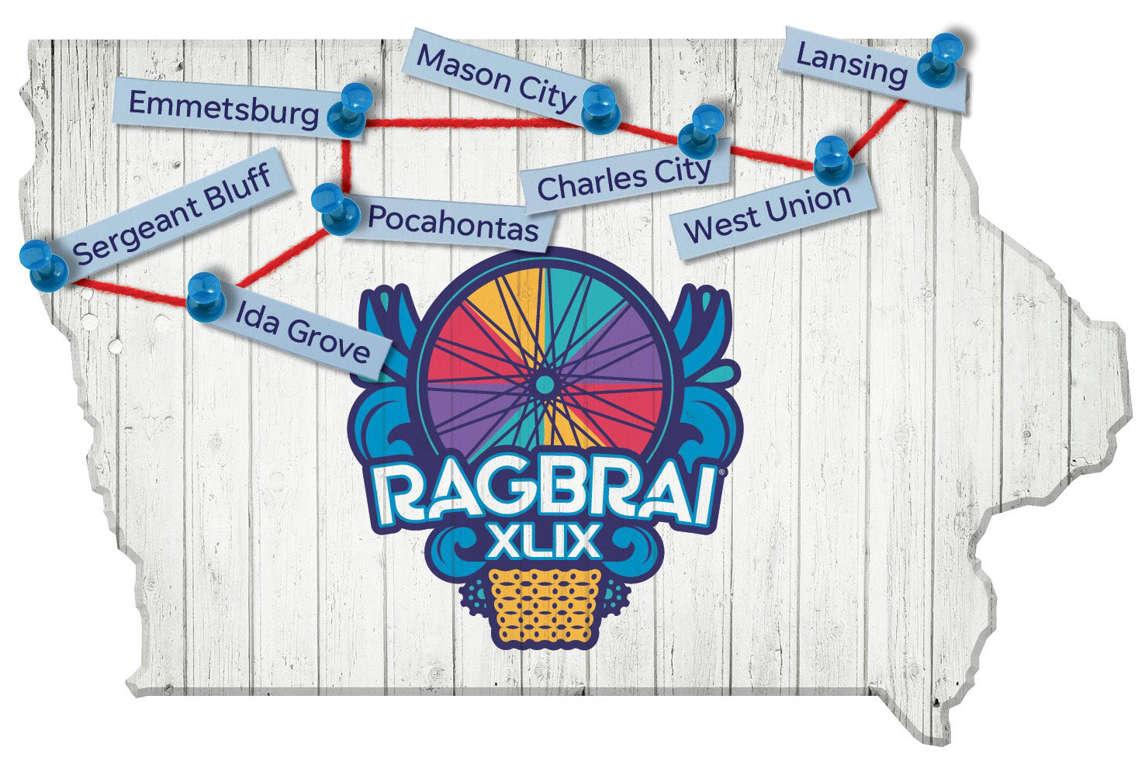 The 2022 RAGBRI ride will take place beginning at 6:00 a.m. July 23 through 6:00 p.m. July 30, 2022.RAGBRAI, (Register's Annual Great Bicycle Ride Across Iowa) is an annual seven-day bicycle ride across the state. RAGBRAI is the oldest, largest and longest multi-day recreational bicycle touring event in the world. The Des Moines Register has been the title sponsor of RAGBRAI since 1973.

VINTON TODAY - January 30th, 2022 10:08 am
NOTE: Wrestler’s who have not wrestled yet are not considered for rankings. Once they’ve wrestled or become eligible they will be considered for the individual rankings at such weight (s).1  West Delaware2. Notre Dame, West Burlington3. Osage4. Sergeant Bluff-Luton5. Union, La Porte City6. Assumption, Davenport7. Webster City8. Independence9. Vinton-Shellsburg10.
advertiser content

ROB LEVIS - January 30th, 2022 9:22 am
It was a banner day for the Stormin’ Vikes swim team as they registered their highest-ever finish at the North Central Swim Conference meet in Grinnell.  The Vikes defeated Grinnell by 5 points to place second behind Decorah.  On the day, the team turned in five Conference Championship performances out of the eleven events. The day started out well with the 16th-ranked Medley Relay of Schlief, Kirtz, Allsup and Vrba racing to a one second win that they led from start to finish.

VINTON TODAY - January 22nd, 2022 8:50 pm
The Iowa Girls High School Athletic Union Board of Directors voted unanimously to sanction girls wrestling as the organization’s 11th sport. The vote was made at the IGHSAU’s January 12th board of directors meeting and was announced prior to the start of the championship round of the IWCOA Girls State Wrestling Tournament Saturday in Coralville.

SAGE HOLMES, VT SPORTSWRITER - January 21st, 2022 5:29 pm
The Vinton-Shellsburg Vikette varsity basketball team (11-5, 5-2 WaMaC West) took on the fifth-ranked Center Point-Urbana Stormin' Pointers at Center Point-Urbana High School on Jan. 20 and earned a 49-38 win for their first win over the Stormin' Pointers in Center Point since Dec. 7, 2010.The Vikettes are now tied for first place in the WaMaC West with the Clear Creek Amana Clippers who they defeated 49-36 in Tiffin on Jan.

BENTON COUNTY SPEEDWAY - January 19th, 2022 7:19 pm
The Benton County Speedway "The Bullring" announces the tentative schedule for 2022. The season is scheduled to kick off on April 6, with the IMCA Frostbuster.See the schedule below!Below the schedule is a wish list for the Lil' Racer Car Club, which provides prizes and treats for the children to win and enjoy. Ideas for purchases includes toys of any size, games, movie theatre passes, bubbles, crayons and coloring books, stuffed toys, large bags of candy and bubble gum.

ROB LEVIS - January 19th, 2022 12:22 pm
Tuesday night provided another big night for the Stormin’ Viking Swim Program as they recognized the past and the present on Senior Night at the Braille School pool.  Facing WaMaC foe Wiliamsburg, the home team came out with a convincing 59-35 victory.  On the night the Vikes won 7 of 11 events, taking command of the meet early and never letting up.
View Page
56789101112131415
advertiser content