VINTON TODAY - February 7th, 2022 12:47 pm
NOTE: Wrestler’s who have not wrestled yet are not considered for rankings. Once they’ve wrestled or become eligible they will be considered for the individual rankings at such weight (s).1.  Notre Dame, West Burlington2. West Delaware3. Osage4. Union, La Porte City5. Webster City6. Assumption, Davenport7. Sergeant Bluff-Luton8. Vinton-Shellsburg9.

Stormin' Vikings On to State 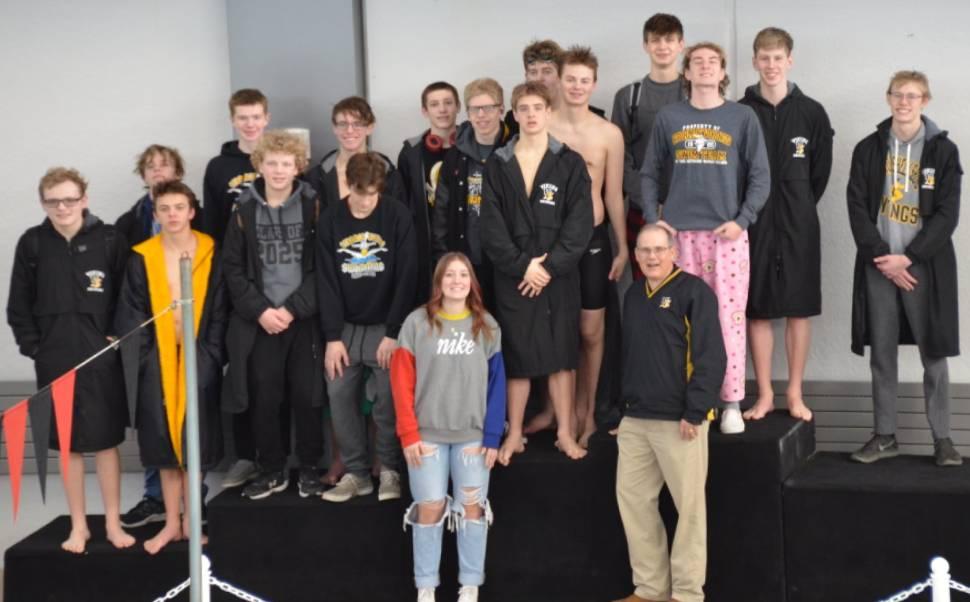 Next weekend will bring one more swim meet, as for the third year in a row, the Stormin’ Vikings are on to State.  Swimming in a highly competitive district at Linn-Mar, the team managed to qualify one relay and three individual events.  The 200 Medley Relay of Bradyn Schlief, Carter Kirtz, Ian Allsup, and Logan Zearley qualified for state with a season best time of 1:42.

Viking wrestling advances seven to Districts; most since 1972