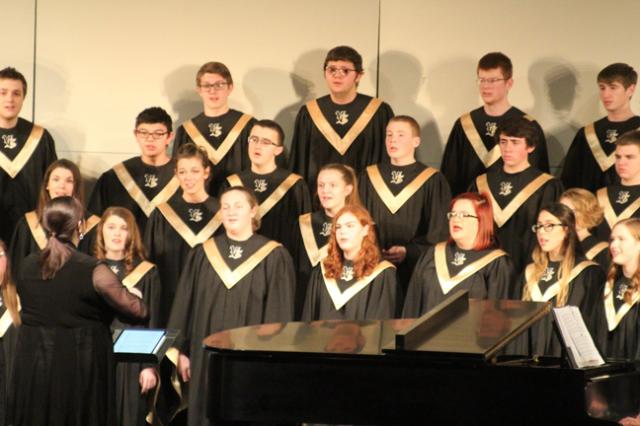 The Vinton-Shellsburg High School choirs put a standing-room audience in the holiday spirit Thursday night in the high school auditorium, under the direction of Michala Martin.The Treble Choir began the show with I Will Be The Gladdest Thing featuring a quartet that included Haley Clark, Molly Haisman, Maya Lapan-Islas and Kaelyn Pettyjohn.
advertiser content 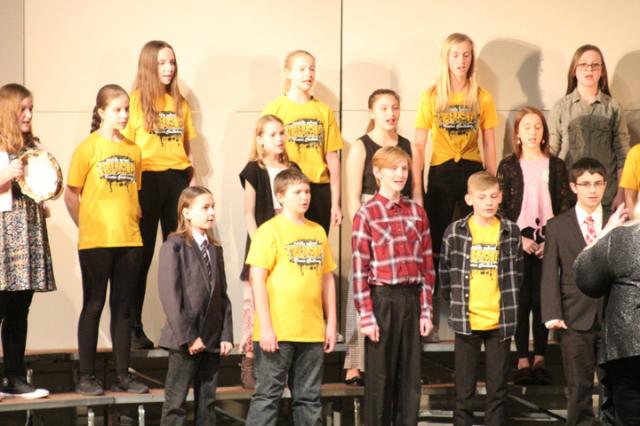 In Depth: Ford vs. Ferarri

VINTON PALACE THEATRE - December 15th, 2019 7:07 pm
At the heart of the film is a bromance between the legendary car designer Caroll Shelby (Matt Damon, at ease with his character’s confidence) and hotheaded, wisecracking driver Ken Miles (Christian Bale, heavily accented and humorously arrogant). -Tomris Laffly NOW SHOWING Ford vs FerrariFriday, December 13 through Thursday, December 19 at 7 pm Wednesday, December 18 at 2 pmRated PG-13Running Time 152 minutesSet in the 1960s with 2019 technical flair, "Ford vs Ferarri" tells the story of American car designer Carroll Shelby (Damon) and driver Ken Miles (Bale), who battle corporate interference, the laws of physics, and their own personal demons to build a revolutionary race car for Ford and challenge Ferrari at the 24 Hours of Le Mans.

ACT I to present Holiday Variety Show Dec. 7 and 8

ACT I OF BENTON COUNTY - December 7th, 2019 1:14 am
Join us this weekend as ACT I celebrates the holidays in style! Presented at the VSHS Auditorium, the show features singing, dancing, and storytelling by ACT I veterans and newcomers of all ages. Snacks will be served by the high school students of Vinton Popcorn, and all seats for the performances are $5 at the door. Performances are Saturday, Dec. 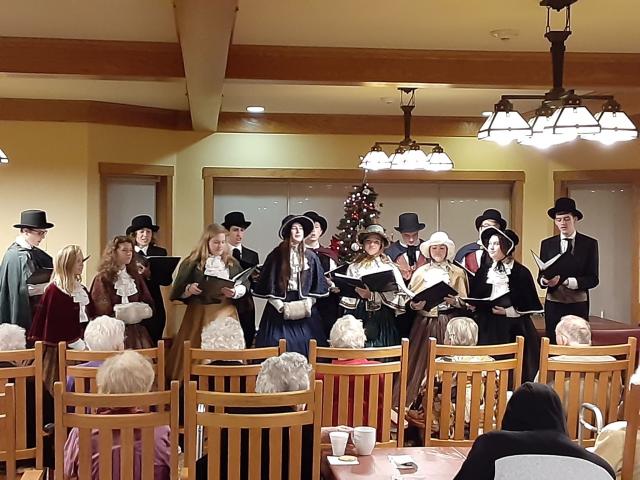 Wednesday evening, the Union Carolers made a visit to the residents of Windsor Manor Assisted Living. The Union students entertained the group with traditional carols as well as a twist on some of the old, the audience thoroughly enjoyed the performance.Singing without accompaniment allowed the talent of the singers to shine through even brighter. 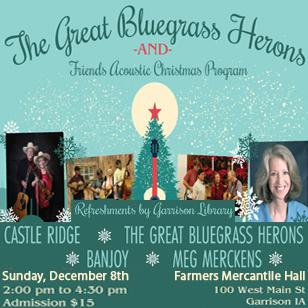 Please join us for a Sunday afternoon of Christmas Music from three great bluegrass bands and a wonderful storyteller! The Great Bluegrass Herons host this Acoustic Christmas Program. They will be joined by Banjoy, Castle Ridge and Meg Merckens. You will enjoy this show!Visit the event on our Facebook pageRefreshments by the Garrison Library.Sunda

VINTON PALACE THEATRE - November 22nd, 2019 9:13 am
(Angelina Jolie's) work as Maleficent, the bad queen from Disney's "Sleeping Beauty," is a reminder of how electrifying and fun she can be. -Matt Zoller SeitzNOW SHOWING Maleficent: Mistress of Evil (3D) Friday, November 22 through Wednesday, Nov 27 at 7 pm Wednesday, November 27 at 2 pmCLOSED FOR THANKSGIVINGRated PGRunning Time 118 minutesEvil queen meets evil queen in this Sleeping Beauty sequel retelling the timeless classic from Maleficent's point of view.

VINTON PALACE THEATRE - November 15th, 2019 2:14 pm
....a playful, adorable yeti breaking free from his confinement in a Chinese metropolis and finding his way to a nondescript rooftop...where he encounters Yi, a tough girl who has been working odd jobs to save the money to take a trip across the country -Brian Tallerico NOW SHOWING ABOMINABLE (3D) Friday, November 15 through Thursday, November 21 at 7 pm Wednesday, November 20 at 2 pmRated PGRunning Time 97 minutesWhen our November schedule arrived in mid October, I thought, gee, too bad we couldn't wait to get Abominable when it snows.